Desucon is a Finnish convention for the fans of Japanese animation and comics. Since it was first organised in June 2009, the annual Desucon has been continuosly ranked among the finest of Finnish anime and manga conventions. Events featured include lectures and presentations, cosplay, maid café, artists' alley, dealers' room, game corner and video screenings. Desucon has also hosted numerous Japanese guests ranging from seiyuus and singers to mangakas, lecturers and directors.

Desucon 2014 will be held in the award-winning concert hall and congress centre Sibelius Hall located near the city centre of Lahti. 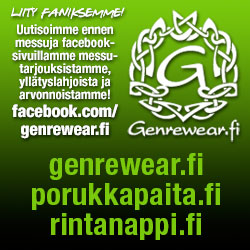